I saw a year end surge in social media posts by entrepreneurs  (not solely voiceover people either, all types of businesses) reflecting back on their ‘21 and realizing they’ve been grinding too hard. Force-feeding people their brand, blogs, podcasts, posts, and marketing campaigns 24/7 on every platform in every feed,  and not engaging in enough personal downtime, rest, and selfcare.

And, they’re struggling with guilt over it! Not patting themselves on the back for a grand effort, nor taking in any other kind of inventory around it either.

So many of us have conditioned ourselves to believe that a constant grind is a requirement, that it’s absolutely the only way to conduct business and present ourselves in this world of digital marketing, social media, and personal brands, when it really isn’t. In trying to position ourselves as competent, formidable professionals in the upper tiers of our industry, we end up often coming across as insatiably hungry scavengers and boiler-room closers.

Look, I get it. You want to send a message, convey a prowess, differentiate, impress, and book the job. Yes, this has to be done. I’m merely of the opinion it should be done more carefully and with more taste.

Okay, so, I’m no spring chicken. I’m closer to 50 than 40, despite being exceedingly cool in a unique and unparalleled way (…I am, I really am, …my mom says). Maybe my age is the reason why I feel the way I feel about the hustle, as a business methodology and as a term. And, from talking to artist friends of mine who I admire and trust, I know I am not alone.

*Upfront* – this is aimed at no one in particular whatsoever. Let’s get that out of the way. If you think this is about you, or is some personal attack of some kind, it isn’t. There is way more than one entrepreneur out there bragging about hustling or calling themselves a hustler. None are the subject here. Only the word “Hustle” and it’s message. This is purely my personal and professional take on this matter. If it’s working for you it’s working, and I know for some it is. Great. Woo hoo. Now get back to work…

My true feelings are that the use of the very word hustle itself is nothing less than heavily problematic in business.

Aside from its connection to the world’s oldest profession, as well as making me think of selling watches out of a trench coat (thank you, Peter Faulk in “The Great Muppet Caper”), it isn’t necessarily always viewed as a shall-we-say “desirable attribute” by the buyers to whom we market. Some will be reminded of this connection while others will not, true. However, others may have a different takeaway, such as below.

I immediately ask myself (and this is where I differ from others, I suppose), “Could this potentially hurt my business?”.

Everyone has a different answer to that question, determined by a line drawn in a different place. It isn’t my line to draw for them. That’s what makes this anybody’s ball game. All fine. Good for them. Not for me. The doctrines I abide by are cut from similar cloths but used in a different way that works for me in a unique and positive way while keeping me safe from the downfalls of this so-called hustle.

One thing I keep thinking of, though, is that the only person to ever really pull this off is the ballplayer Pete Rose, “Charlie Hustle” himself. That being said, even he couldn’t make it last in a good way [I bet odds are you know what I mean…(wink)].

For one thing, classifying oneself as a hustler often implies that for this person it is an all-go, no-quit, non-stop pushing, never-ending Batman-esque war on marketing, where idle time, recreational activities, and reflective self-care have no place; marking the ultimate beginning of one’s personal and professional downfall.  That is as unhealthy as it is absurdly inaccurate, obviously. And yet, it is the result of an excessive commitment to an excessive paradigm.

“But Big Z, whaddya think THIS is then? Huh? Isn’t this blog and your funny little posts all about the same hustle?”

When the offspring got sent home from school in March of 2020 for 2 weeks that lasted a year, the hustle sickness would have been an absolute deal breaker.

Some people had different situations, different child care needs and options, different spousal incomes and availabilities, blah blah etc. Us? It was me. Just me. The boy was 5, the wife was employed and working on-site. I knew my daily tasks were going to change, but for a few months I tried to manage being Mr. Mom and being Mr. VoiceOver simultaneously. In an immediate and colossal fashion, I was failing at both. I learned that each of these important tasks requires both hands on the wheel.

Well, I mean I already knew that before, but I still had no choice but to try to pull it off anyway.

In the end, I had to look at what my son’s and my business’s daily needs were like, and how(IF) I could even make any room in my day for quality work and auditions where I wasn’t cross-eyed and drooling or being pulled in all sorts of directions (…you ever go one on one with a 5 year old day after day during an apocalyptic crisis?).  The struggles were very real, endlessly mounting, and monumentally challenging from an endurance standpoint. By the time I had relief in the evening I was useless. Utterly and completely.

If I had brought that hustle sickness into the pandemic with me, my child would have spent literally hours upon hours every single day being neglected and alone. Watching TV and playing video games in near-isolation while daddy “hustles and grinds”.  Say whatever you want, but there aren’t enough paychecks on Earth to make me do that to my little boy. Equate it in any way you like to “doing what you have to do, what needs to be done”.

I knew what needed to be done, and I did it.

Another smaller but important component I also think gets overlooked and downplayed automatically as a result of being known as a hustler is that it compromises the idea of being authentically and fully connected to your work and artistry. Instead it says something more like, “I’ll take anything, whether it resonates with me or not. Don’t really want it, just gotta get it before you do!”.

It cheapens, no? A lot of this I’ve discussed with peers and friends as well and I know I’m not alone, as some of the above is paraphrased directly from these conversations.

While I know “we all gotta eat”, we also should consider a couple of things. The first is what a massive turnoff this ‘hustling’ potentially looks and sounds like to our future clients. The second is what it does to the mental health and wellness of the entrepreneurial artist to have only this grind as their daily aim and purpose, and not the vastly enriched life that should accompany it.

Of course clients want “capable and confident” vendors.  HUMAN vendors. They don’t want vultures and wolves. That’s been my experience anyway. I’m sure it isn’t absolute, but it’s what works for me and is in alignment with who I am as a person and a professional.

And again, if it works for you… then you are probably too busy hustling to have read this anyway. 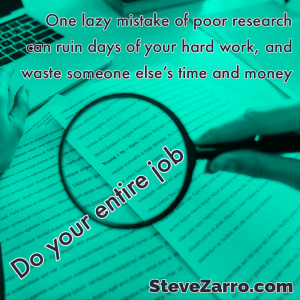 Why We’re Worth It 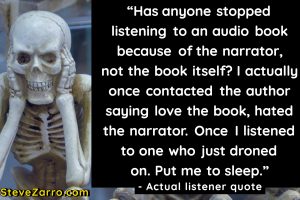 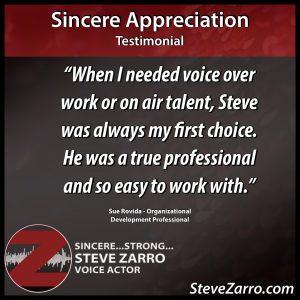 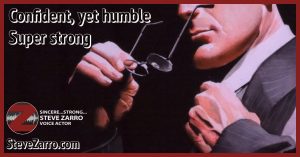