This is a question I get asked a lot. I’m sure many of my peers in the business hear it often as well. Some of these questions come from people who have an interest in VO, or in the arts in general perhaps. Some come from those who want to break in and are struggling to find that point of entry (as it is a narrow one).

There are others though who, in the midst of the discussion, reveal to me that their question was based on an assumption. Meaning that I either must have “known someone”, or got handed a unique opportunity and tried to run with it, or some other unearned short-cut which led me to an unintended career. It’s usually pretty clear that one of the next questions they want to ask is “can you do that for me, too?”

When I give them my answer though, and tell them the abbreviated story of how and why, many change their tune fairly quickly.

The truth is this is a fantastic job to be fortunate enough to be doing, but it in no way gets handed to anyone. No one gets bubbled up or fast-tracked. There are no short-cuts on which you can plot a reliable course. There’s no side-doors or secret passwords to the upper levels. There isn’t anyone for us “to talk to you for you” or anything like that.

Even in the extremely rare instances where unexpecting talent gets handed a large opportunity to voice something, it rarely goes anywhere after that unless/until said talent puts in the rest of the work required.

So, how did I actually get into it? Simple. I decided to.

I made the choice, did the homework, paid the dues, did the diligence, and started kicking doors open myself. That’s it. I’m sorry the answer wasn’t more romantic, or more Rocky-movie-esque or whatever. But that’s the deal. I just freakin’ went for it.

Where it really started, though? Acting.

I have been an actor since I was 18, and an acting-hopeful prior to that. In 1998 I took a bit of an unintended hiatus and started a corporate job at 22 years old. This turned into 9 years away from acting entirely, and a geographic change of 650 miles away from my New York home. That became too long, and too far for my taste. So I started up again. I’m sure many of ushave something we did in our youth that eventually phased out or fell by the wayside. But how many of us have the guts to go back to it and re-commit to it?

I began auditioning for local productions and got my chops back pretty quickly by doing several great plays with excellent people all over town. Even after my first audition in phase ‘Steve 2.0’, I knew I was back where I belonged. The feelings of elation and exuberance were familiar and undeniable. I had found home. I had found North again. And this time I had no intention of losing my way.

My inner voice was now shouting at me, desperately trying to get my attention to make sure I didn’t derail again. Even as I left that first audition in 9 years, I walked down the sidewalk on Second Street in Wilmington back towards my car with a literal spring in my step. At that moment, I was speaking out loud to myself with no one around, saying “Yes! YES!! That was awesome! You did it! You’re back now!” For the first time, my real voice and my inner voice were in perfect sync with each other. They were one voice. I’ll never forget that night.

After a few years of this I had racked up a solid resume, a couple nods for best actor, an agent, some commercials, and film work. Two primary goals emerged out of this. The first? Get back to New York somehow some way. The second? Find a way to unload the day job I had at the time.

As many people know, but maybe not everyone, having those pesky 40hr/wk scheduling issues makes it near impossible to get traction and make progress as a serious professional actor. The conflict is too great and the powers-that-be within the industry do not have the time nor the inclination to deal with whether or not you can get the time off work. It’s viewed as a metric of your seriousness. Yes, it sucks. But that’s how it is.

So how do you keep the lights on and food on the table without a survival job?

Answer: You make a new one for yourself.

For me the answer was obvious. Voice-over was something I had always been interested in doing but didn’t know how. Yet. However, it was cut directly from the very same cloth of my acting training and experience. It did not require me to reinvent any wheels and start learning to make coffee mugs or anklets to sell online. It did not require me to embark on any new ventures in learning, equipment, or fabrication of any kind that was UNrelated to my career goals.

Don’t get me wrong. There was a huge learning curve and I most definitely had to embark on a research and development mission. There was training, yes. Equipment needed, most definitely. But all of this was under the acting umbrella, which made it easier for one thing, but more importantly it made it obvious. A no-brainer.

I worked long and hard to turn myself into a trained professional with knowledge of and respect for the many, many facets of this business. Through homework and humble questions, I started sponging up as much data as I could (and a future blog entry will explain how and where I mined much this data).

There were no favors done or hands-out given. I didn’t get bubbled-up or fast-tracked. I didn’t stumble into this blindly or accidentally. There was deliberate planning and action. Phases. First this, then that. Preparation. Budgeting. Spending. Patience.

Think of a rocket. Before they put any two pieces together, there’s countless months of drawing board work. Then, countless more months building inside the hangar where no one can see the progress.

The first items built are the tools. Then using those custom tools, they build machines. Then using those machines, they build the parts of the rocket and begin assembly. After that, the rocket gets rolled out to the pad. Not for launch, yet, but for more months of work. Tests. Adjustments. Improvements. It takes time. Lots and lots of time. Take it apart, change it, put it back together, test it again. Over and over. 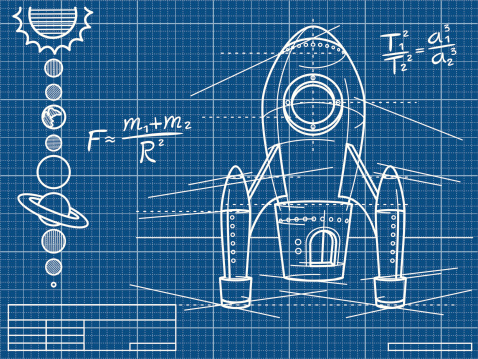 “The more time at the drawing board and in the shop, the more powerful and perfect the launch will be.”

Like I said, I kicked the door in, but not on day one. Nobody came to me and said “Hey you, handsome man, wanna fly this rocket for us?” No. I built it myself with the help and guidance of others who built theirs as well. I came to the party with my own tools and machines, my own rocket, my own mission control, my own crew, and my own flight suit.

Most importantly, I arrived with my own mission. The same mission as it has been since inception.

This information is frequently off-putting to those who make the inquiry and/or seek entry into the business but don’t know how or where to find it. Of course it would be much easier if we all had Uncles who work in the business or people who vouch for us with their connections. It would be lovely to ask the question today and have the job tomorrow. But that isn’t reality. The people who ask the first question will sometimes ask a follow-up such as “but isn’t there a faster way for me to do it? I don’t have that kind of time or money to do it that way. I’m looking to earn money sooner than that.”

What else can I say except,, “if there were an easier, faster, cheaper, more effective way, I would have found it already and gone that way myself.” But in the end I know full-well, it can’t be achieved without the struggle, without the work.