About me.
…Okay, wow yeah, there’s actually a lot.
Allow me try to break it down into some chunks, that way it’ll be easier for us all in the long run.

I’m currently a full-time, work from home, professional voice-actor and studio operator.
I was not always this, though. It’s “new” compared to other facets of who and what I am.

As a child I always knew I was and wanted to continue to be an artist. I could draw fairly well and was taking advanced art classes before high school. Performance of all sorts held a lot of interest for me. Movies and TV shows. Theater. Grownup stuff as much as kid stuff.

Even back then I knew voiceover was something for me too. At that age I would watch cartoons but always be trying to imagine the person at the microphone. The illusion never tricked me, but rather it sparked my interest. I had strong desires to learn more, like playing an instrument, and even venturing into the acting world myself.

I had opportunities to do a lot of this back in the day, but I balked. I did. I lacked the level of support and understanding needed by artists. But more than that, I lacked internal ambition and confidence. I kind of always knew that I could rock anything I put my mind to. I just didn’t know how to put my mind to anything.

That was when I made some of my earliest ‘wrong turns’. I don’t assign blame to anyone else for this, but I know the reasons why I made those choices and took those turns. They were the wrong reasons, for sure. More on that later.

This wrong turn sent me into a high school athletic career of utter mediocrity. Football. Track & Field. Weightlifting. I worked very hard, yes, but not hard enough. My heart was never fully in it because I wasn’t doing these things with any purity of purpose. Like I said, I was doing it for the wrong reasons.

Don’t worry about those details now. They’ll make for a better individual blog post and podcast episode later. Like how I went to the first meeting of the Drama Club my 9th grade year but never went back because I got my chops busted for it at home.

And like the time my football coach looked to me to step up at a crucial moment….and I failed to do so out of fear. Now THAT was 2 seconds of eye contact I will never forget. We’ll cover that later too. Hahaha, yeah that’ll definitely get it’s own entry.

That wrong turn into sports was somewhat corrected in my senior year when I willfully returned to something creative that interested me. Video Club. This was the first real art I went after with any semblance of ambition since my freshman year. I had put it off long enough and decided that this was something I really wanted to do. And I loved it. 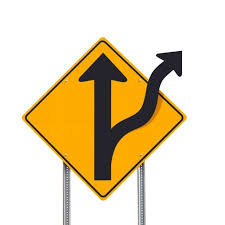 It sent me in a good direction in college where I was planning to major in Communications and Production. TV/Video. Graphics. Broadcasting. All that. It was the early 90s and an awesome time to enter that world.

As I was making my Fall schedule for my second year of college, I chose Acting 1 as an elective. This was like the Video Club decision in the sense that I had always had an unfulfilled curiosity, but it was even better. Better because I found out I was actually pretty damn good at it if i do say so my pretty damn self.

I took all the classes, played the lead in the Fall play, got the degree in performing arts, did more plays, impressed my teachers, classmates, and even myself a little. I was finally where I felt I belonged. More than that, I was finally where I really wanted to be. A very happy place. I began considering things like Julliard, AMDA, etc, and had an unfamiliar “sensation” that I could definitely pull it off. This sensation was the desire, confidence, and dormant ambition within me beginning to wake up.

Then my Dad died when I was 20. This rocked my world and threw me far of course. Don’t get me wrong. I made my next series of choices by myself. No one forced my hand. But this next handful of choices would become the ones that I am still unmaking today. Everything fell out of focus for me at that time and I struggled to bring it all back in for literally years and years.

I went the wrong way. That’s it. And now I’m fixing that.

I’m closer now than ever before, I really am. And there are those who say that I have already succeeded at unmaking these wrong turns. That I’ve made it through the woods and emerged back on the original main road. I thank them for that, sincerely, but I know what remains ahead of me still.

I have more to do. And more to tell you about.