There’s a movie from the early 80’s about a down-on-his-luck wanna-be musician/songwriter who desperately joins a high-stakes amateur boxing competition for the money. It’ called Tough Enough and starred Dennis Quaid and Warren Oates while also featuring Pam Greer and even Wilford Brimley (hey, I did say 80s, right? Wilford was in almost everything back in those days, kind of like 80’s movie law).

Quaid plays ‘Art Long’, a guitar player and singer in country/western bars in Texas, who is going so broke trying to fulfill his life goals of musical success that he is forced to literally fight for money. He joins a Toughman competition and surprises everyone, including himself, with gutsy performances in the ring.

His ark in the story is a subtle one and is beautifully played . As a child born in the 70s and raised in the 80s, Quaid is forever embedded as one of my favorite actors of all time. He portrays ‘Art Long’ as a guy who really knows himself and truly believes in his eminent future success. However he is also getting an earful of ‘get a haircut and get a real job’ suggestions from his folks and his wife, and that’s causing him to even slightly question himself. Not a lot, but enough.

By the time we get to the climax of the film (sorry about the spoiler but, c’mon, it’s nearly 40 years old), Art is winning fights and claiming cash prizes against steep odds. Because of this success and his popularity beating the odds, his musical star is also now on the rise much to the pleasant surprise of his earlier detractors.

He is also heading into the final fight bracket against a brutal opponent, however he is now being urged yet again by his family and friends to walk away from it for his own safety, mirroring their earlier sentiments about his professional music goals. Even the event coordinator, a semi shady businessman after the almighty dollar, advises him to engage in some self-preservation and bow out of the final fight.

Only now, Art is resolved. His confidence in his beliefs and abilities is strong. His trust in his own voice is at its pinnacle, even though the voices of those around him are louder and of greater conviction than before. He defeated opponents, beat the odds, fixed his money problems, realized his dream, and wants to continue to go the distance and see it through.

He knew they were wrong and he was right in the first act, but before the final fight he is steel. Unwavering. He is more than tough. He is tough enough. 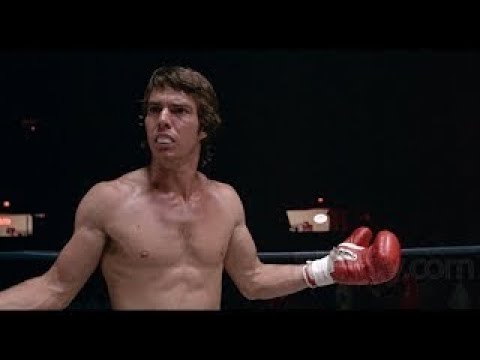 Now, when I tell you that I “watched a lot of TV” as a kid, I mean it in a way that exceeds your average everyday boob-tuber of the 80s. I watched typical stuff, yes, but I also absorbed unusual programming. Movies that had more adult themes than a 6 yr old should understand, or even see. I didn’t just watch. I studied. I listened very closely and took in the finer details of every sort. I tried to understand every scene and its importance to the story. The rising tensions and uncertainties, the hero’s challenges, the comic relief. I could pick it all up quite naturally and easily despite being so young. I grew up on Rocky, Jaws, ET, Dr. Jones, the Skywalker tribe, the Autobots, The Cannonballers, and more. And it wasn’t just “fast forward to the fight scene!” or “skip to the shark part!”. I hung on the small lines and quiet dialog. The unspoken communications between characters through looks and reactions, and the acute awareness that these reactions and looks were being done by actors under direction. Watching great stories being well-told is at the core of what made me an artist and a performer.

I watched Tough Enough so many times that I can sing Art’s signature song from the film. I even remember the boxing monikers each fighter was given in the Toughman Contest. Art was “The Country Western Warrior”, and his final fight was against the very aptly and creatively named “The Mighty, The Terrible Truman Wall”.

Even his name had a symbolism I was able to understand at 7 years old. The mighty terrible “wall” that only a “true man” can and must overcome.

Art fights so hard and defeats his superior opponent in such a way that even his naysaying dad has nothing left to say or do but rise slowly in near-disbelief and give his son a powerful escalating slow clap, as if to say “Son, for the rest of my days I will Never. Doubt. You. Again!”.

The Country Western Warrior did not even wait for the count-out by the ref. He tore off his gloves and walked out of the ring with the swagger of a man who could easily say to everyone “I told you so.”, but doesn’t need to. They all know. Now.

As a kid I watched movies and TV shows knowing that there was an underlying message and meaning to them. There was something the filmmakers were trying to tell us. The message I got from this one was that knowing who are, listening to yourself, and not caving in to the skepticism and misinformation of others is a difficult yet essential task that one must fight like a warrior to succeed at. The bigger the wall, the more important it is to get up and over it, no matter what others say.

If they went through the trouble of making a whole entire movie just to tell me that, then it must be important. Some of my most fundamental core beliefs have come to me through such a channel. This story, and many others, are part of what makes me Me. Do you have any like that?